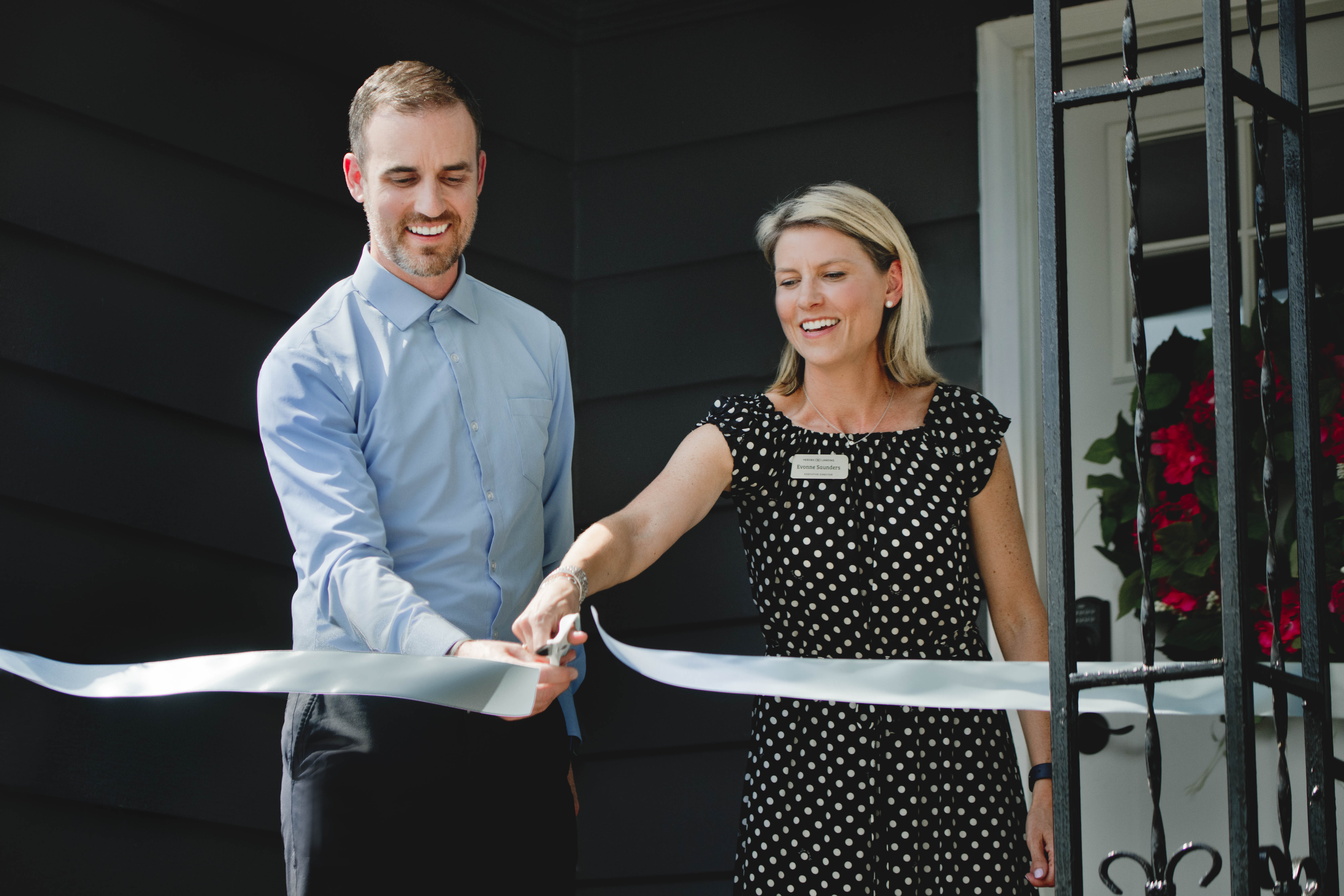 Recent renovations transitioned the building from a single-family home to a fully functional office that facilitates the investigation and treatment of child sexual abuse. Key features include an interview room where a child tells their story once to a trained forensic interviewer, an observation area for the MDT to review interviews, and a medical room where survivors can receive a physical exam. The building also has a family waiting area and conference room for the MDT to evaluate cases monthly.

“Thanks to the hard work of many individuals and support from the community, we’re officially seeing clients at our first location in Zanesville,” shared Evonne Saunders, executive director of Heroes Landing™. “The property’s location is easily accessible for caregivers and law enforcement, with recent updates, it’s a welcoming space for survivors to come forward and share their experiences.”

According to a 2021 report by the Ohio Network of Children’s Advocacy Centers (ONCAC), over 107 cases of child sexual abuse were reported in Muskingum County. During the first quarter of 2022, cases were up by 22 percent. Before Heroes Landing™, survivors and their families were referred to a facility in another county—over an hour away. Now, with Heroes Landing™ open, law enforcement and caseworkers can refer these cases within Muskingum County. The CJC accepts most insurance plans. If insurance is not an option, an advocate will review other resources with the child’s caregiver.

“Establishing a CJC here will allow a large and increasing number of child abuse survivors to be interviewed, examined and treated locally instead of having to travel elsewhere,” said Muskingum County Prosecuting Attorney Ron Welch. “I’m excited to be part of the Heroes Landing™ team and to see a children’s justice center come to fruition. This project has been a passion of mine for several years.”

If you or someone you know has been affected by abuse, you can get help now by contacting one of the following resources:

Founded in 2021, Heroes Landing™ Children’s Justice seeks to empower child abuse survivors by providing multidisciplinary evaluations and coordinating advocacy and care at a child-friendly facility. At a CJC, a child tells their story once to a trained interviewer and then is connected to a wide variety of services, including therapy. A CJC model lends to higher rates of coordinated investigations, forensic medical exams and felony prosecutions. Heroes Landing™, a Malouf Foundation™ initiative, is the first children’s justice center to serve Muskingum County, Ohio and is designed to be a national model for survivor advocacy programs. Heroes Landing™ is a developing member of the Ohio Network of Children’s Advocacy Centers (ONCAC) and is working toward national accreditation. For more information or to donate, visit heroeslandingcjc.org or email info@heroeslandingcjc.org.