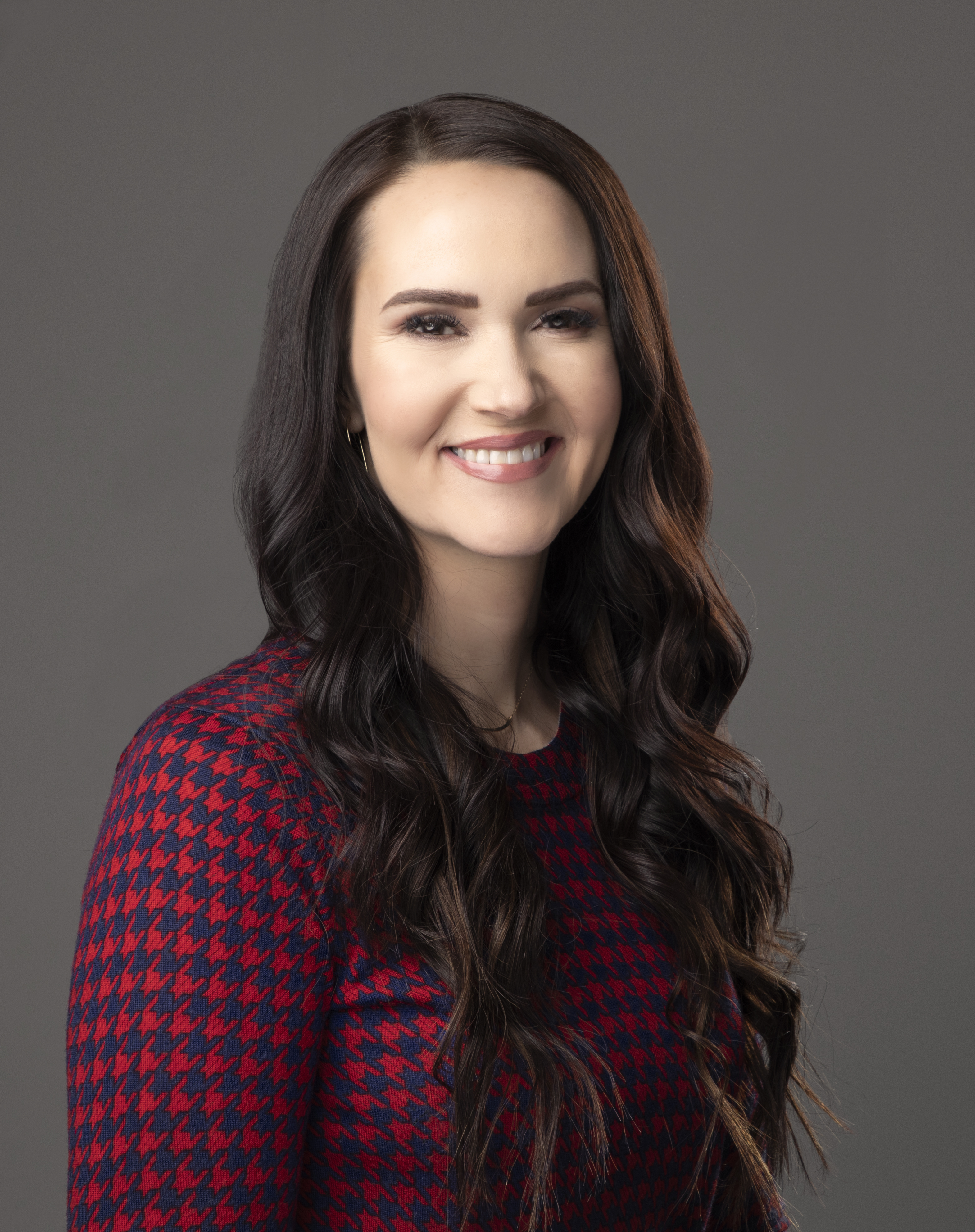 Meet Kacie Malouf, Board Chair of the Malouf Foundation

Kacie Malouf is the co-founder of Malouf Companies and board chair of the Malouf Foundation. In 2003, Kacie and her husband Sam started a small bedding company that would one day grow into Malouf Companies™—a Certified B Corporation® comprised of more than 55 brands and companies that employs over 1,600 people, operates with 16,000 retail partners in 56 countries, and is consistently ranked among the best places to work in the United States. In 2016, to formalize the company’s charitable efforts, Kacie and Sam founded the Malouf Foundation™ to confront child sexual exploitation, specifically sex trafficking and online abuse. Kacie works with the Foundation board to find creative ways to educate the public, bring awareness to the cause, and create long-term shifts in perception and action.

Heroes Landing Children’s Justice Center is an initiative of the Malouf Foundation. In 2016, the Foundation was formalized after years of donating mattresses and bedding to local charities through our parent company Malouf Companies. A year later, we adopted our flagship cause to confront child sexual exploitation through education, healing, and advocacy. Heroes Landing, which was officially established last year, is part of our work to further advocacy for child abuse survivors. A children’s justice center, or CJC, is a place where a child can meet with a number of different advocates—from law enforcement to medical professionals—that help with their case and offer support services. These centers are meant to be a safe place for children to share their story and get the help they need.

What’s the Malouf Foundation’s connection to Ohio? How did the Foundation realize the need for a children’s justice center in Muskingum County?

Our parent company Malouf Companies has a distribution center in Frazeysburg, Ohio. As we started to build a presence in the community, we became associated with city and county officials. One of our first connections was Ron Welch, the prosecuting attorney for Muskingum County. When we first met with Ron, survivors were being referred to a center in a different county—the closest one being over an hour away. The distance was a huge barrier for parents and guardians trying to get help for their child. Ron had already started building a network of services, and since we had experience working with CJCs in Utah, we wanted to offer our resources to expand Ron’s vision for Muskingum County. That was really the jumping off point. Since then, we’ve been working hard to get this program off the ground.

How is the Malouf Foundation supporting children’s justice centers in Utah? What impact have they made in your local community?

One of our first collaborations as a foundation was with our local CJC in Cache County, Utah. Through this relationship, we became more aware of the prevalence of child abuse, as well as the demand for survivor resources. Because of the high need, we wanted to help the Cache County CJC and other centers in Utah expand their impact in our home state. Through the years, we have supported the Utah CJCs by donating products, volunteering employee work hours, and remodeling a new office building for Cache County. We’ve really enjoyed working with the staff, and we’ve seen firsthand the impact on survivors and the community. A huge part of combating child abuse is to increase the number of investigations. A CJC helps facilitate these investigations in a timely manner—usually leading to higher conviction rates.

The Malouf Foundation plans to make Heroes Landing a national model for children advocacy centers. What are the first steps to achieving that?

Muskingum County is where we’re launching our first children’s justice center, and it’s the first CJC to serve this community. It’s been amazing to see the locals get behind the cause. A quick example would be our Heroes Landing Golf Classic. The first year, the tournament raised $14,000, and the next year, the event raised almost twice as much. I think this speaks to the grassroots support of the community—and we’re glad to be a part of it. The Malouf Foundation feels very passionate about supporting survivors. Moving forward, we want to create an awareness movement and try to spread the impact that happens at a CJC. Our plan is to establish Heroes Landing in Muskingum County and then take that same model and scale it nationally. We don’t have another location picked out right now, but we hope to bring a CJC’s services to more communities in the future.

Be the First to Know